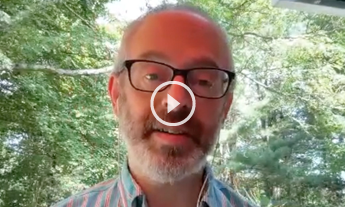 The study, published in Journal of the National Comprehensive Cancer Network, looked at a sample of 6,145 commercially insured and 865 Medicaid beneficiaries with advanced NSCLC. The patients received their diagnoses from January 2011 to September 2019 and data were collected from US medical databases.

This difference affected patient outcomes as Medicaid beneficiaries who had a biomarker test had a lower risk of death compared to patients without a biomarker test (HR, 1.27; 95% CI, 1.06-1.52; P = .010). However, compared to patients with commercial insurance and NSCLC there was a higher risk of death for Medicaid beneficiaries (HR, 1.23; P<.001) that was only slightly modified when considering the trial and type of treatment for patients (HR, 1.12;P= .010).

Gross, founder and director of Yale’s Cancer Outcomes Public Policy & Effectiveness Research Center, says these differences are seen when looking at biomarker tests. For example, 51% of Medicaid beneficiaries had it The value of EGFRtesting vs 65% in the commercial insurance group and 48% of Medicaid beneficiaries had evidence of ALK testing vs 63%. However, biomarker testing rates were still low in both groups for PD-L1 testing at 37% in the commercial insurance group vs 28% in the Medicaid group and 34% vs 22%, respectively, in BRAFtest,

Gross discusses this disparity between commercial insurance beneficiaries and Medicaid patients and highlights how many patients may not be getting the biomarker tests they need.

0:07 | In terms of testing, we found that patients with Medicaid were less likely to undergo a biomarker test. So, for example, in The value of EGFRtesting about 65% of patients with private insurance received it The value of EGFRtesting vs 41% of Medicaid patients. ALKtesting was at 63% private vs 48% Medicaid, and this was a consistent finding across all variables we looked at. Finally, when you put everything together to ask the question, which patients received all the tests that should be tested at any time, instead of each of the indications, we found that 45% of patients with private insurance had them. received a formal examination. But only 34% of patients have Medicaid [received all the recommended testing].

1:04 | So, there are 2 major findings here. First, there is a difference, Medicaid is less than private insurance, and, even with private insurance only 45% of patients are tested. [at data cutoff]. I think we’re in a situation where it’s important to look at injustice, and it’s also important to look at what we’re doing and how we can do it to help make biomarker testing available to all patients. .