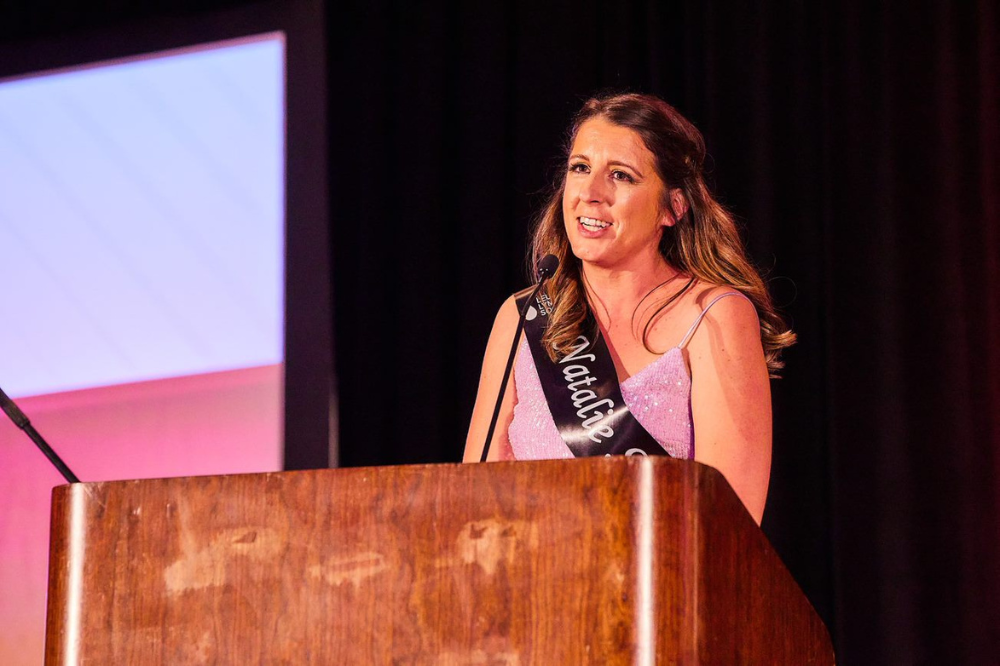 “I was scared when it was all over,” the San Diego insurance professional shared with Insurance Business. “We knew where our team was going that night [in terms of amount raised]but we didn’t know where anyone else was.”

The win marks a special milestone for Sherod: the 10th anniversary of her husband beating Hodgkin’s lymphoma, a rare form of cancer that affects the blood vessels.

“At that time [of his diagnosis], we were told about LLS by our doctors. “I didn’t participate much because we were just looking to help him,” said Sherod.

It wasn’t until six years ago that she became deeply involved in the charity after her friend’s young daughter was diagnosed with leukemia. Fast forward to 2022 and that same friend, Liberty Mutual divisional vice president Akhbar Khan, was with Sherod at the awards night as the best man.

Raising money isn’t easy, but Sherod said he’s received incredible support — not only from friends and family but also from his employer and the San Diego insurance community.

Cavignac Insurance Company hosted a charity event to support Sherod’s efforts, inviting many local insurance carriers to participate in support and attendance. The event raised more than $90,000 for Sherod’s campaign.

“It was amazing to see the community come together. It was a great way for us to come together and support a great cause,” Sherod said.

If he had one piece of advice for other aspiring philanthropists, Sherod said: “I would say take the time to learn more about the organizations that can be beneficial.

“We are all busy with work and family, but we have more time to do things for others. Don’t be afraid to speak up and ask [for support] because people want to help them.”

“I think we can’t underestimate the amount of support that people want to give. When I first started talking about my goal, people didn’t think it was possible,” said Sherod. His initial goal was to raise $150,000 over a 10-week campaign.

“I quickly realized that there are a lot of wonderful people who want to support this. I think that if people accept what they believe, they will get more support than they expected.”

Sherod plans to continue to contribute to LLS as a member of the board of trustees. His efforts will focus on increasing blood cancer awareness and the work of the organization. According to Sherod, LLS funds will be concentrated in three areas: research into new drugs and ways to reduce side effects of drugs, patient care, and advocacy efforts.

“One of the best things about this campaign is awareness. Most of the people I’ve talked to don’t know about the progress that has been made because of LLS. If I can continue to push this message and get involved in the company, it would be amazing,” said Sherod.

While he doesn’t want to break his fundraising record next year, he said the experience gave him more insight into the people skills he uses as an insurance professional.

“The [insurance] business is very much driven by relationships. The more we can go out there and make new relationships, the better it is for the company and our business,” Sherod told Insurance Business.

“Being honest about the things we like helps customers see that we will also be honest if we work with them. If I can find a way to connect more closely with my clients and develop those relationships, it helps me do my job better. “