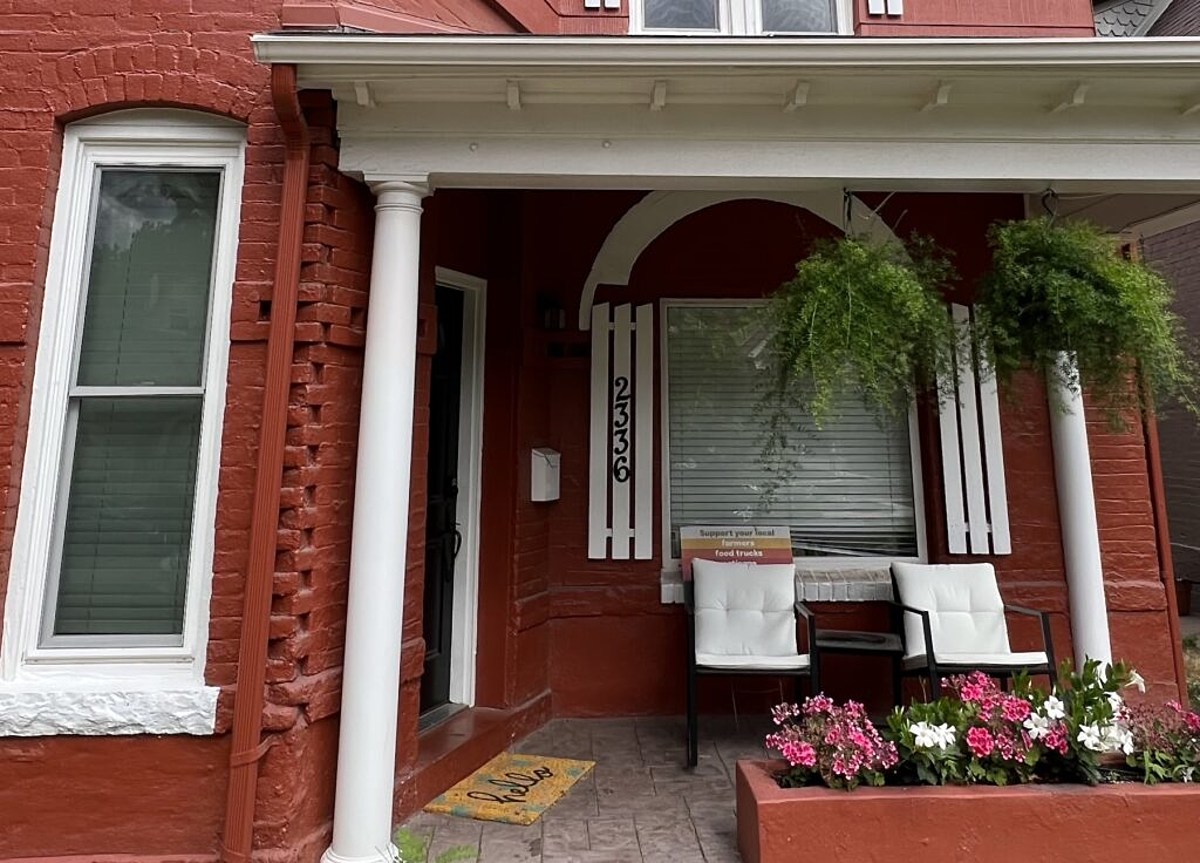 Craig Plazure and his wife Morgan describe themselves as two of the “lucky people” who bought a house in Colorado in August 2021. But after settling down and having two children, the couple wonders how long they will last. they end up living in Colorado because of the high cost of homeowners insurance.

Plazures moved into a 130-year-old building in downtown Denver’s Whittier neighborhood because of its proximity to City Park, the Madison Recreation Center, and the walking trail. Their homeowner’s insurance had an annual cost of about $1,800, but after the summer, the couple received a letter from their bank saying their premiums were going up by more than 20%.

Like many families in Colorado, the increase has forced them to look for areas where they can cut costs as inflation continues to increase the cost of essentials such as food, energy and child care.

“People are being pressured in every way,” Plazure told Colorado Newsline. “And I think this is another example.”

Homeowner’s insurance often represents a small portion of a homeowner’s annual budget, but it can be one of the most costly. This insurance covers everything from the house to its contents in case of damage.

As Colorado weather continues to produce severe weather and natural hazards, homeowners are seeing their bills rise faster than many expected. According to a report from Policygenius, an online insurance marketplace, homeowners in Colorado saw their premiums increase by an average of 17.5% in the past 12 months, which was the third largest increase in the country.

One reason for the increase is climate change, according to Pat Howard, a property and casualty expert at Policygenius. And Colorado homeowners got a glimpse of the phenomenon in December, when the Marshall Fire ravaged Boulder County. more than 1,000 houses and cost more than $500 million, according to local estimates.

On top of climate change, the cost of rebuilding has also increased due to inflation and supply issues. Data from the National Association of Home Builders shows that construction prices have increased by 20.4% in the past year and 33% since the pandemic began in March 2020.

“As these costs increase, you typically see insurance rates do the same,” Howard told Colorado Newsline.

For Colorado families like the Plazures, the rising costs have real meaning. The Plazures welcomed twins into their lives in January and are now paying for childcare at home, as they have not been able to find a place to live with both of their children. This comes at a time when prices of essential items such as food and household energy have increased by 10.6% and 11.7%, respectively, according to the Bureau of Labor Statistics.

Plazure said her family was able to negotiate an extension to their homeowner’s insurance with their agent but added that many families in Colorado may not be so lucky.

“We were lucky that our total was not as bad as the bank said,” Plazure said. But these issues are not going away anytime soon, so what will happen next year if we have wildfires and another bad weather?”

Other insurance businesses like Todd Berg, who owns Spotlight Insurance in Denver, have been fielding calls from customers asking the same questions for more than a year. Homeowner’s insurance is often one area where families look to save a little money on their annual budget, but right now “it’s a double-edged sword,” Berg told Newsline.

Berg said he has been fielding “more calls than ever” from customers looking to lower their annual payments. But doing so could lead to lower coverage levels and leave homeowners without insurance in the event of a disaster like the Marshall Fire.

This increase can be especially helpful for families like the Plazures who live in older homes because building materials are often older than what building codes allow.

Homeowners who can’t afford to upgrade their roof or plumbing, for example, often see an increase in their insurance premiums, Berg said.

But, state agencies like the Division of Insurance, which is responsible for overseeing the insurance market in Colorado, are just beginning to understand how the increase in insurance is affecting different areas of the state.

In 2021 the General Assembly passed Senate Bill 21-169, which requires the DOI to review records and rate areas of poor quality. However, Vincent Plymell, spokesman for the Division, said the agency will first look at how this affects life insurance before moving on to other types of insurance.

While the study continues, Plazure said the increase in homeowners insurance has caused them to reconsider raising their young children in Colorado. The world is heating up, with temperatures reaching nearly 100 degrees Fahrenheit five times in the past week alone. Meanwhile, Denver’s air quality continues to be a concern.

“You don’t want to check the weather just to walk the kids in the morning,” Plazure said. “This is not just a regional problem either. I think people are starting to realize that this is a national, if not global, issue. “