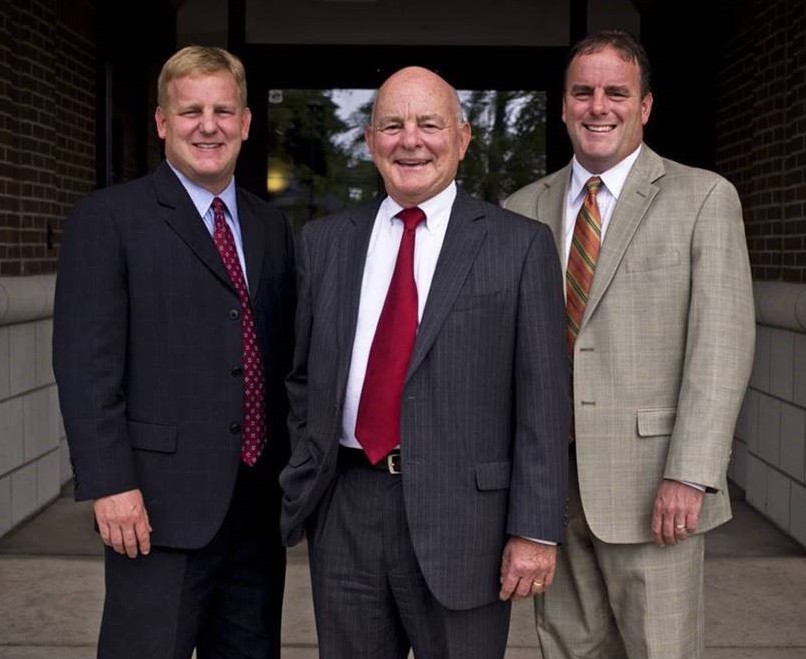 Ieuter Insurance Group is hiring a bus to take many current and former employees to the Crowne Plaza Lansing West on Tuesday, Oct. 4.

After all, it’s not every day that your association’s president is inducted into the Michigan Insurance Hall of Fame.

President Cal Ieuter, whose 45 years with the agency’s iconic names stretch back to Ferries and the Maxwell Agency, has been selected for a lifetime honor.

“It’s a shame,” Ieuter said of the hall of fame nomination, saying it’s a reflection of his entire team. “If you don’t surround yourself with good people, it won’t work. We have a great team of people who work for us.”

Ieuter (pronounced “yite-er”) grew up in Ottawa in northern Illinois, where his father owned an insurance company. He graduated from Northern Arizona University and served in the US Army from 1966-69 before starting his insurance career in Chicago, working with his brother.

When Ieuter came to Midland in 1977, Ferries & Maxwell, which started in 1940, had about 20 employees. Ieuter and Jim Secor eventually bought the agency from Bob Ferries and Martin Maxwell and it became Ieuter & Secor, and when Secor retired, it became Ieuter Insurance Group, which now has about 50 employees.

Ieuter Insurance insures at least 30% of homes in Midland and has customers in 48 states, Ieuter said.

Two of Ieuter’s sons have continued the family tradition by joining him in working for the organization – Kurt Ieuter since 1996 and Karl Ieuter since 2005.

“Both of them have led our growth,” Ieuter said.

Ieuter’s wife of 55 years, Nancy Ieuter, said her husband is a “people person” and that made the insurance business a good fit for him.

“He loves people, talking to people, helping people,” said Nancy. “It’s been a great job for him because he enjoys meeting new people and helping them.”

Nancy said nine members of the Ieuter family are working in the insurance industry, including her grandson who just started working in Lansing.

Former Lake States Insurance Company President Gene Chang, who nominated Ieuter to the hall of fame, said his friend and colleague of more than 30 years was the only insurance agent out of thousands he knew who could make the honor.

According to a news release from the Michigan Insurance Hall of Fame, Ieuter works closely with Northwood University’s insurance program, recruiting and promoting continuing education for all of its employees. He is a volunteer and general chapter of Chartered Property Casualty Underwriters and has worked with a number of solicitors in his area on insurance and legal matters.

His involvement includes serving as President of the Midland Area Chamber, the Midland County Economic Corporation and the Rotary Club, where he was recognized as a Paul Harris Fellow by Rotary International.

In order to be a good insurance agent, Ieuter said that one must be kind to people, always work hard, and act quickly.

“We have a policy that we have to return calls the same day. We try to do things quickly,” said Ieuter.

Also entered on Oct. 4 is Bonnie Johnson-Hayward, who has been working in the insurance industry since 1991 and is the Vice President/COO of General Agency Company in Mount Pleasant. He is an adjunct faculty member at Northwood.

Registration information for the hall of fame induction is available at www.MIHOF.org.

The Michigan Insurance Hall of Fame was established at Olivet College in 1994 as a way to honor individuals who have made a significant impact on the Michigan insurance industry and risk management to serve the public.