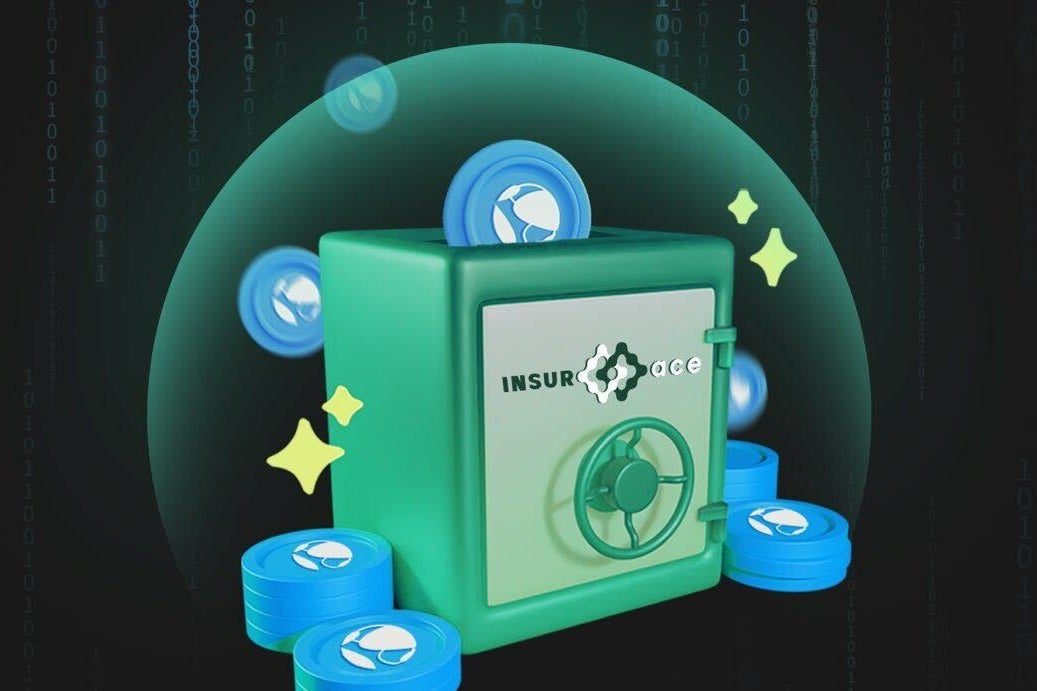 When the Terra $UST algorithmic stablecoin was delisted in May 2022, many feared that the crash would bring down the entire cryptocurrency industry. Dan Thomson, Chief Marketing Officer of the leading DeFi platform – InsurAce, explains how their insurance payments to more than 155 people who lost money in the crash helped boost business confidence in DeFi during such a difficult time.

On May 6, 2022, news broke on the major crypto networks that the algorithmic stablecoin Terra- $UST had lost its peg, causing many people to panic. And within a clear 48 hours between May 12 and May 13, 2022, the value of the then $18 billion MarketCap algorithmic stablecoin Terra USD ($UST), which was supposed to have a $1 marker, fell below 35 cents on May 9. the sister token, $ LUNA, which was supposed to stabilize the price of $ UST, dropped from $ 80 to close to zero.

Not because of the catastrophic collapse of the Terra Ecosystem, thousands of investors scattered around the world lost $40billion – as a result, the world of DeFi threatened to collapse, until Stablecoin De-Peg Covers came to the rescue.

What is Stablecoin Insurance?

Stablecoins are special digital assets that perform the traditional function of money in the blockchain world. They are cryptocurrencies whose value is pegged to a specific currency or in some cases, a basket of currencies.

When creating stablecoins, providers must focus on the trilemma of decentralization, security and stability to find the best way to store their tokens. Asset-backed stablecoins are stable, often centralized. And this means that users can be vulnerable from a single point of failure as well as monitoring and restrictions from regulators.

And although algorithmic & crypto-backed stablecoins are very secure and decentralized, even if they become more common they are more vulnerable to being removed from the market.

In order to reduce these risks, DeFi policies have developed Stablecoin De-peg Covers to protect stablecoin users and investors from other disruptive events.

InsurAce was one of the DeFi systems that responded most effectively to the recent stablecoin de-peg that took place on the Terra ecosystem.

In a recent interview InsurAce’ CMO Dan Thomson revealed how the timely intervention of the DeFi protocol helped solve the problem.

“The main reason our response was effective was because it was timely and effective,” Thomson said.

“On May 13, just 48 hours after the $UST de-peg event, we released a statement to the press, to set up a Loss Claim process for $UST investors. We published a user guide that provided clarity on the details about Coverage and Claims Eligibility. With a 7-day window, we have set the goal of providing immediate assistance to victims and sending a message of encouragement to the DeFi world,” he added.

How InsurAce Handled the $UST Loss

With a policy of reducing claims, InsurAce received worldwide praise for its timely support to $UST investors who paid $UST stablecoins with InsurAce. InsurAce’s quick response helped restore business confidence in DeFi as users were quickly created amid market pressures.

More importantly, a closer look at the on-chain data showed that InsurAce performed very well. According to an updated report published by the Protocol’s Advisory Board, the process estimated ~$11.7million in $UST de-peg claims. Having collected only $94,000 in payouts, the slow increase in winning payouts shows that the platform has implemented risk management strategies before De-peg risk crystallization.

When asked about the nature of the payment decision-making process, Thomson explained that InsurAce used a community-driven process, with independent owners and regulators ($INSUR.) conducting the claims review process.

“The official voting was done by the InsurAce team of Claims Assessors who handle and invest $INSUR Tokens. And at the end of the Voting Process, they approved 155 $UST de-peg Cover claims and 18 were rejected as inappropriate in accordance with the Stablecoin de-peg Cover terms and conditions. continued Thomson.

Payment of Ecosystem Investors and Stakers

When asked how InsurAce plans to compensate its underwriters for their role in the $UST De peg event, Thompson responded by saying that InsurAce has been unveiling a Stakers Compensation Plan to help reduce the loss of underwriters under the protocol who had their stock used as part of the payment. of $UST.

“In addition to improving our risk management processes, we have also implemented measures to reduce losses for stakeholders. Over the next 12 months, a fixed amount will be allocated to an on-chain pool from which stakers can withdraw compensation. This process will help us ensure that we can help stakeholders recover some of their losses, and maintaining a healthy investment in the InsurAce protocol,” concluded Thomson.

The $UST crash remains one of the biggest challenges for DeFi as a whole, partially mitigated by the safety net from protocols and underwriters who work hard to protect the environment. With the existence and continuous efforts of protocols such as InsurAce to protect space users, DeFi is rapidly evolving into a safe, transparent and sustainable global method of traditional money, where people are in control and independent of their finances.

InsurAce.io is a leading multi-platform solution that provides reliable, robust and secure security for DeFi users, allowing them to protect their investment funds from various risks.

With InsurAce.io, users can rely on:

InsurAce is led by founders Oliver Xie, Sum Wu and Dan Thomson (@vagrantcrypto) with a globally distributed team of insurance and web3 experts.