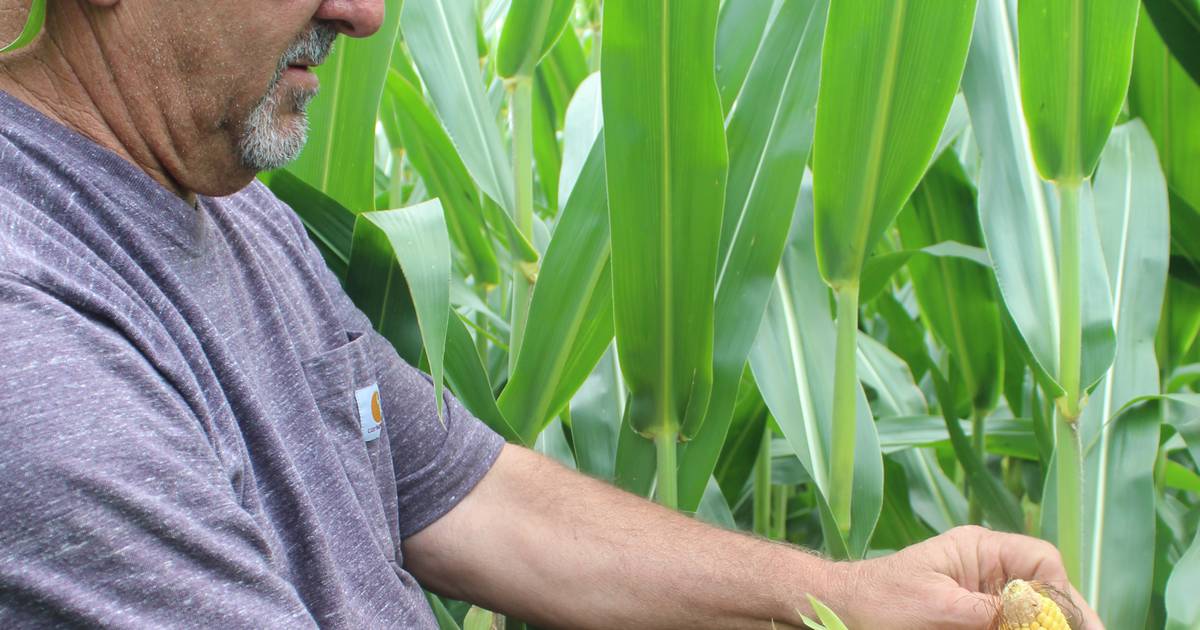 MAPLE PARK, Ill. – Educating state and national legislators about issues important to farmers is one of several goals of the Illinois Soybean Association.

“One of the big things with the new farm bill coming in is keeping crop insurance,” said Steve Pitstick, who was elected ISA chairman in July. “This year, we planted the most expensive crop ever, so we need regular insurance to support us.”

This summer, the northern Illinois farmer traveled to Washington, DC, several times, as well as to the Illinois State Fair and other events to meet with legislators.

“There have been some who want to separate the agriculture bill from the food bill,” he said. “They are different things, but food and nutrition are connected.”

“The 2023 farm bill will be the 50th year of connecting the two and it happened because there weren’t enough people to do it,” said Pitstick, who farms 5,000 acres of corn and soybeans near Maple Park. “Now, 50 years later, it’s even more important.”

This is one of the reasons why the soybean association opened an office in Lombard.

“It’s in the center where there are a lot of legislators,” Pitstick said. “One of the successes of the biodiesel law was helping people in other cultures see the benefits of renewable fuels.”

Developing and organizing soybean markets is another objective of the soybean group.

“Checkoff dollars are used to make farmers more profitable by increasing markets, raising prices or producing more bales per acre,” Pitstick said. “But as we help them learn to produce more bushels per acre, we need to create more demand.”

With the hybrid crop, he said, farmers can increase soybean production by 10 million bushels every year.

“So, every four years that means a new plant,” he said. “So, we’re trying to find the next market.”

Last month, a group of ISA board members traveled to the Delmarva Peninsula.

“The ride was amazing and one of the things I didn’t know was that they would be able to handle two-way water,” Pitstick said. “They’re in a very shallow coastal plain, so they have backwaters and rising tides.”

Farmers in the area are very aware of water and its effects on fisheries, the ISA chairman said, because they are close to it.

“A lot of them fish more than we do as farmers in the Midwest,” he said.

Conservation measures such as no-till or planting cover crops are taxed.

“They get from $90 to $150 an acre from outside sources,” Pitstick said. Because of the increase in population, farmers are paid for what they do.

Pitstick was surprised that agriculture in the area was similar to the Midwest.

“A lot of wheat is grown on grass that goes to Pennsylvania to grow mushrooms,” he said. They also grow corn and soybeans and the chicken business is big there.

As they continue to prepare the machinery for harvest season, Pitstick hopes to begin combining soybeans in late September.

“Depending on market opportunities, we can lower soybeans, which happens a lot in the south,” he said. “I’ve been talking about doing this for 10 years.”

As soon as the beans open their pods, Pitstick said, the seeds can be eradicated by using Paraquat or Sharpen.

He said: “It will dry after four to six days and then start harvesting.” “So, you can get 10 days when you finish them and all the beans reach the same moisture level.”

When soybeans are naturally dried, the top of the bean dries faster than the middle and bottom.

“So, there could be benefits,” Pitstick said. “But you have to know if the productivity gains outweigh the costs.”

Pitstick is seeing a lot of Northern cornrowworms this year.

“I don’t know how the bug is evolving, but we seem to have discovered it later,” he said. “They can lay eggs in soybean fields and I’ll tell you what that means next year.”

That could be normal, Pitstick said, or it could be unique to this growing season.

“But it’s clear that insects are changing,” he said. “That’s why farmers don’t retire because it’s a game changer – I’ve got 45 years of farming experience.”

With the development of autonomous equipment, Pitstick planned to go to the Farm Progress Show in Iowa to see the new developments.

“I don’t know if we’re going to be autonomous in the next few decades, but the things that autonomous machines have to do will make my life easier,” Pitstick said.

“Like a car that has cruise control or traffic information, those things are a change,” he said. “We will not only wake up and be independent, but gradually we will change.”

Innovations such as robotics, row-by-row machines and field cameras allow farmers to have bigger tools and go faster.

“Our brains are just doing a lot of work, so we need a lot of control,” Pitstick said.

Over time, Pitstick said, the per-acre limit for farmers has been consistent; however, the cost of living continues.

“So, we need to grow and increase the cost of things, but because the acres are large, we need to lose the same farmers,” he said.

During the agricultural crisis, many fathers encouraged their children to do something different and join the farming industry.

“Not a lot of kids started farming from 1985 to 2005, so there’s a big gap where my generation is retiring,” Pitstick said.

“There aren’t many guys in their 50s who don’t farm, so by default they’re going to be bigger farmers,” he said. “We will see the consequences of not entering this area during the agricultural crisis 40 years later.”