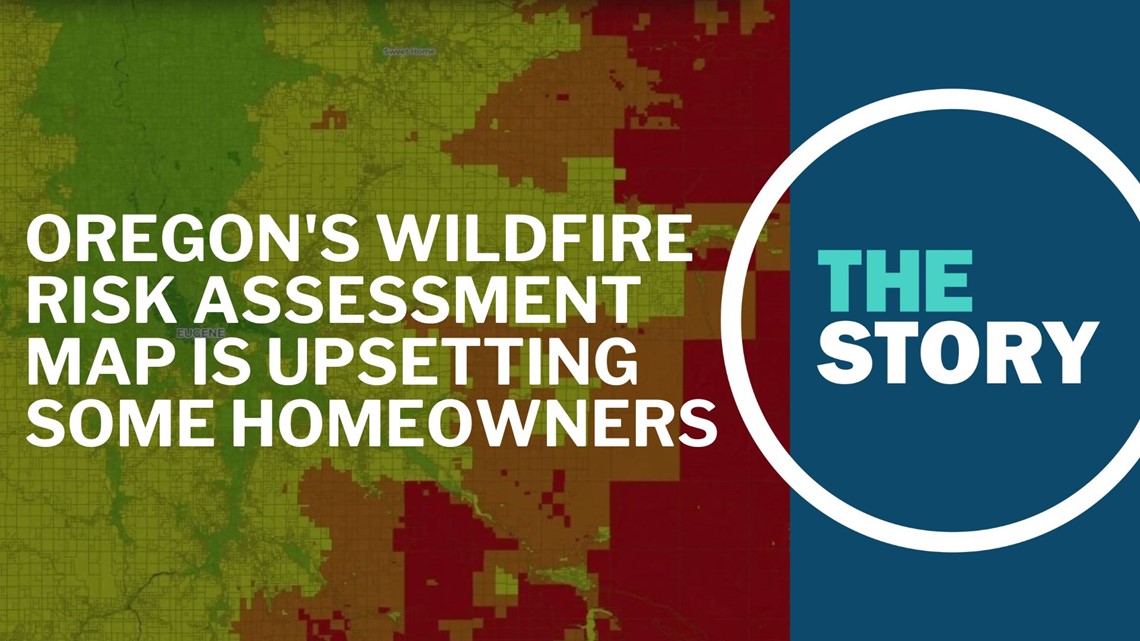 The government released a map that shows which buildings are considered to be at high or very high risk of wildfires – but critics say the map is causing more problems.

PORTLAND, Ore. – After a terrible wildfire season in 2020, Oregon is taking steps to make sure people know if their home is at risk during wildfires.

While it may seem that people would want to know if their home is at risk during the summer months, there are many problems. Some homeowners, especially in rural Oregon, say it has caused their insurance premiums to go up significantly. But forest officials say they are trying to save lives.

In 2021, Oregon passed Senate Bill 762 to deal with the wildfires of the future. Another part of the law made it possible for the government to make a fire risk assessment map. It shows the location of homes that are considered to be at high risk or danger of wildfires, and whether homeowners should take steps to protect their homes.

Those steps may be necessary come next spring. Derek Gasperini with the Oregon Department of Forestry explained what that might look like.

“There must be time for people to understand the danger and understand what the protection area will look like. But there are other good ways to protect the area,” said Gasperini. “To make sure that forest debris is removed from the ground around the site for several meters. Cutting trees from the ground to a certain height to make room for the firemen to work and to make fuel lines to get to the houses. Not in danger. That is the purpose of the protected area. , not to prevent fires from starting in the same area, but to protect lives and property.”

ODF said there are about 80,000 homes across Oregon that are in the “high or severe danger” category and may need to take some form of protection – mostly in southern, central and northeastern Oregon and around the Columbia River Gorge. This is an area where the government has come under fire in the past few years.

Over the past few weeks, homeowners in these areas have received letters about the new wildfire map, and what they are advised to do on their property. Areas of the map that are red are considered “high risk”.

Many homeowners are frustrated by this, saying their insurance companies are now raising rates on their homeowner’s policies – or removing them from coverage altogether.

ODF has held several town halls to address these concerns, and some meetings have been heated.

“I received three notices, but I was notified about the map about three weeks ago when my renewal came on one of my properties. The insurance company, Travelers, informed me that they are not renewing because of the name of the wildfire. And me, what are you saying?” one citizen explained. “That’s how I got the map. I had no way to do anything, so I had to shop around for other insurance companies, and as a result I was able to get insurance through Safeco because they were cheaper, but my rate doubled. So the insurance issue that people are asking about has already happened. .

Some have said that their prices have doubled or tripled, and they are crazy.

Oregon Sen. Jeff Golden (D-Ashland) addressed citizens’ concerns at a town hall meeting, saying that the issue of insurance is real and if someone is going to do everything they can to protect their property, “they should make sure they have insurance.” suitable,” adding that there may be other things that the parliament can do to make this happen.

Golden said he’s heard from insurance companies that since the Camp Fire in northern California, companies have been creating their own maps of wildfires, which has made it harder for people to keep up with the law.

Critics also argue that the map was put together too quickly and includes many errors and mistakes in classifying buildings as dangerous or very dangerous. They said that it is not fair for the house owners who are now in danger to change their land, the only way they can apply to ODF by mid-September.

“We had issued a letter saying that the map is incorrect and incorrect, and because I heard this directly from the government agencies. I was repeating what I was told by those who installed the map,” said the Oregon Rep. Kim Wallan (R-Medford). “For example, there is an example of a duplex where half of the duplex is classified as extreme and the other half of the duplex is not. And where you have an area that has a beautiful view, a flat area that is green and is labeled as extreme. , or across the street , you have unwatered and dry plants and are not classified as dangerous.”

Several Oregon Republicans are now asking ODF and the Oregon government to pause the project, take the time to review each location and create a new map.

KGW reached out to the office of Gov. Kate Brown in this case. Another prophet said:

“Mr. Brown believes that the wildfire hazard map, required by SB 762, is an important tool to assist in decision-making and planning related to reducing the risk of wildfires throughout Oregon. We understand that there are concerns with the initial release of the map, and the office is working on it.” together with the Oregon Department of Forestry (ODF) to ensure that the complaints are addressed.”