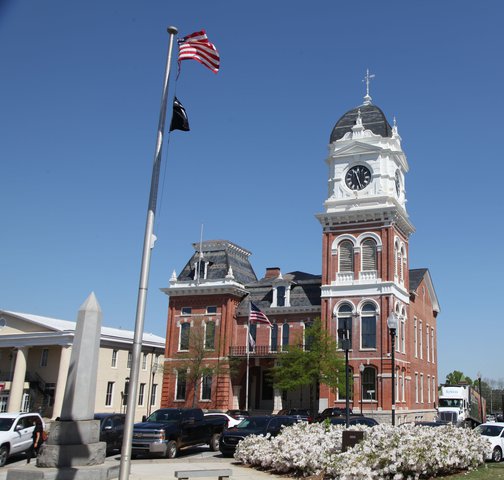 COVINGTON, Ga. – After a difficult year filled with many complaints and many lawsuits against the Newton County Board of Commissioners, the Board finds itself looking for a new insurance company, not to mention the insurance premiums that doubled last year.

The agency was told in August that Travelers Insurance Co. will not refinance the district due to insurance costs that increased from $986,000 to $1.9 million last year and a 154% loss.

Current travel plans expire on Oct. 1, and Gallagher Insurance, Risk Management and Consulting has been tasked with finding new insurance for the region.

Scott Thomason, who spoke on behalf of Gallagher at Tuesday’s Board of Commissioners meeting, stopped short of criticizing the Board’s bias as the only reason it suspended coverage. But he mentioned it as part of the things that make it so.

“It was a difficult time to renovate based on the commercial situation,” Thomason said. “The original carriers were out of the market. Also, based on what you lost, Travelers felt they couldn’t afford to pay the price.”

The news drew the ire of District 3 Commissioner Alana Sanders and District 4 Commissioner JC Henderson, both of whom, as well as District 2 Commissioner Demond Mason, were named in a memo filed by former District Attorney Megan Martin and former County Administrator. Lloyd Kerr – one of the alleged racists Martin and Kerr, both white. Sanders, Henderson and Mason are Black.

“The local paper used my name, JC Henderson, and said we were picking two ex-employees,” Henderson said. “What I have determined for myself is that the three commissioners of color did not make a contract anymore, because it is discrimination…show me what I have done, in writing, and how I am electing the district manager and our former lawyer. I think you owe it to me if you put my name in the newspaper and call me. the crime of doing something.”

Sanders also said he would like to see future policies affecting the area include a clause that requires the insurance company to go before the BOC “before it’s established, no matter what.”

Thomason called the request “complicated,” saying that each insurance company in the county could have the final say on claims and settlements. Thomason’s response to the agency was to pursue a self-insured program.

He added that Gallagher is the Board’s “consultative insurance broker who represents you in the marketplace to look for property and casualty,” but that “we don’t make decisions. We’re advocates and advisors through the application process. I can’t comment on any other matter.”

“I think it will come down to what we’re proposing today,” Thomason continued. “You want a little bit of control, but also know that at the end of the day, it’s the insurance company, it’s their dollar, it’s their decision.

“We want to have heritage. We want to have control. Under the security software, you will have many controls. However, we don’t want a nickel and dime combination to come to the board. That doesn’t make sense. This is not a good practice, or something we would recommend. ”

Thomason, and the district’s interim manager, Jarvis Sims also said the self-insured system would provide a long-term solution without affecting the overall budget of the district. And state finance director Brittany White said the budget change — using money from the anticipated Local Option Sales Tax (LOST) — will confirm that.

“We’re going to amend the budget to increase the LOST PROPERTIES fund, and then we’ll have money to buy our insurance products,” White said.

District 5 Superintendent Ronnie Cowan warned the board to be wary of the potential for similar lawsuits to be brought to the board.

“I want the board to understand, if we have another year like we’ve had before, you’re going to break the bank,” Cowan said.

“Those are regional funds that have been set aside. We will pay the insurance premiums, but the loss payment will come out of that fund.

“We no longer have coverage in Georgia, except in very limited circumstances. I would say be cautious, listen to your district attorney and try to make the right decisions.” The BOC approved Gallagher to discuss the self-insurance program with a unanimous vote of 5-0.